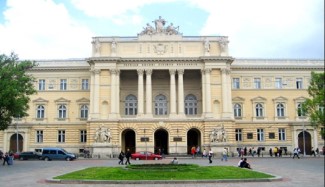 Ukraine is the largest country in Europe has always been a great choice to visit. The place is not just known for its beauty but also known for its university. The place is one of the best places to study for Indian students, especially when it comes to MBBS. There are lots of university for MBBS which are worth considering. Lviv National Medical University is one of them. The university is located in Lviv city which is known as the pearl of Europe. Lviv has a balanced combination of architectural monuments and natural beauty. Talking about the university, it is one of the oldest university which started in 1784. Danylo Halytsky Lviv National Medical University is named after Danylo Halytsky, the king of Halychyna, Ukraine on 21 October 1998. The university got its National attribute in 2003 and soon got international recognition. Currently, it consists of 6 faculties, medical college, 47 clinical departments, 19 support departments for higher medical educational institutions of Ukraine, 14 educational buildings, training stimulation centre, dental medical centre, education-industrial pharmacy, scientific library, *museum, botanical garden, research centre for anti-tumour assays, central laboratory of medicine and laboratory of industrial toxicology, complex student nutrition, 9 dormitories, amateur groups. The Lviv National Medical University is listed in the list of WHO (world health organization) and world directory of medical schools. The university is certified by ECFMG of united states of America and MCI of India. As per the performance indicators, the university is in the leading position amongst all the MBBS universities of Ukraine. The university took the 11th position among 162 institutions of medical education of Ukraine, as per the ratings. These ratings were based on the scientometric monitoring of the subjects of science and publishing of activity of Ukraine according to the Sciversr Scopus Database. According to these standards, the Lviv National medical university stands at the second position in the list of the medical universities of Ukraine and in the third position in the list of universities of Lviv

It takes almost 5.8 years to complete MBBS in Ukraine including the clinical part of the course. Once you successfully accomplish the degree, you can come down to India and apply for the immediate screening test. Also, some exams such as USMLE or PLAB can also be pursued!